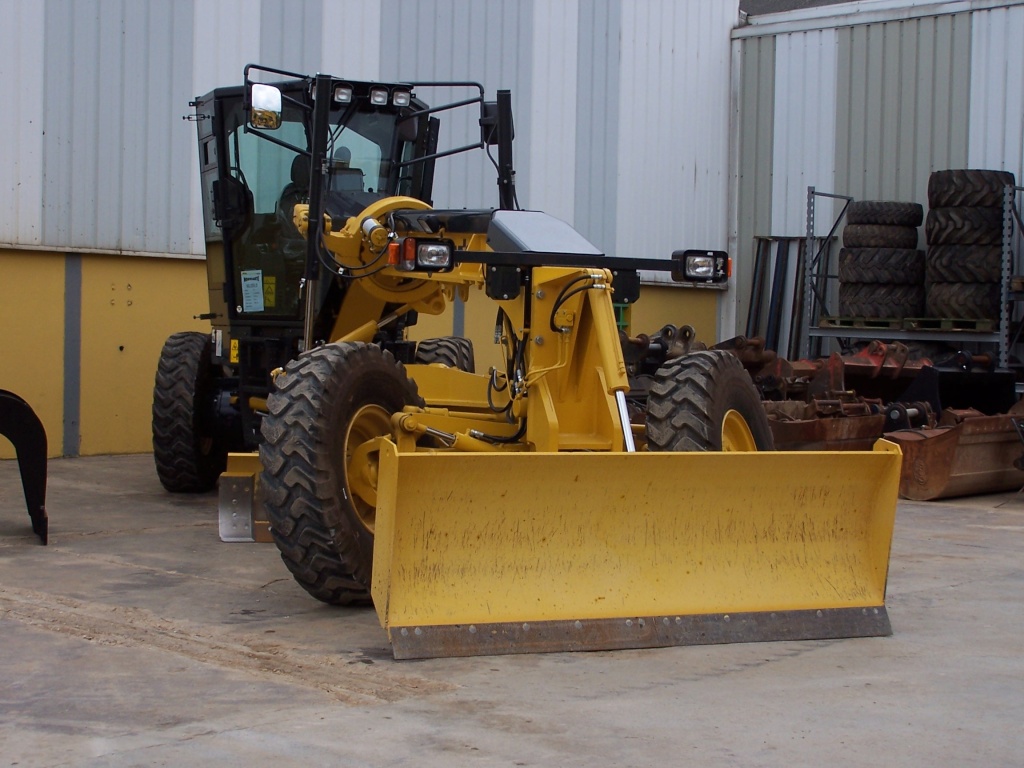 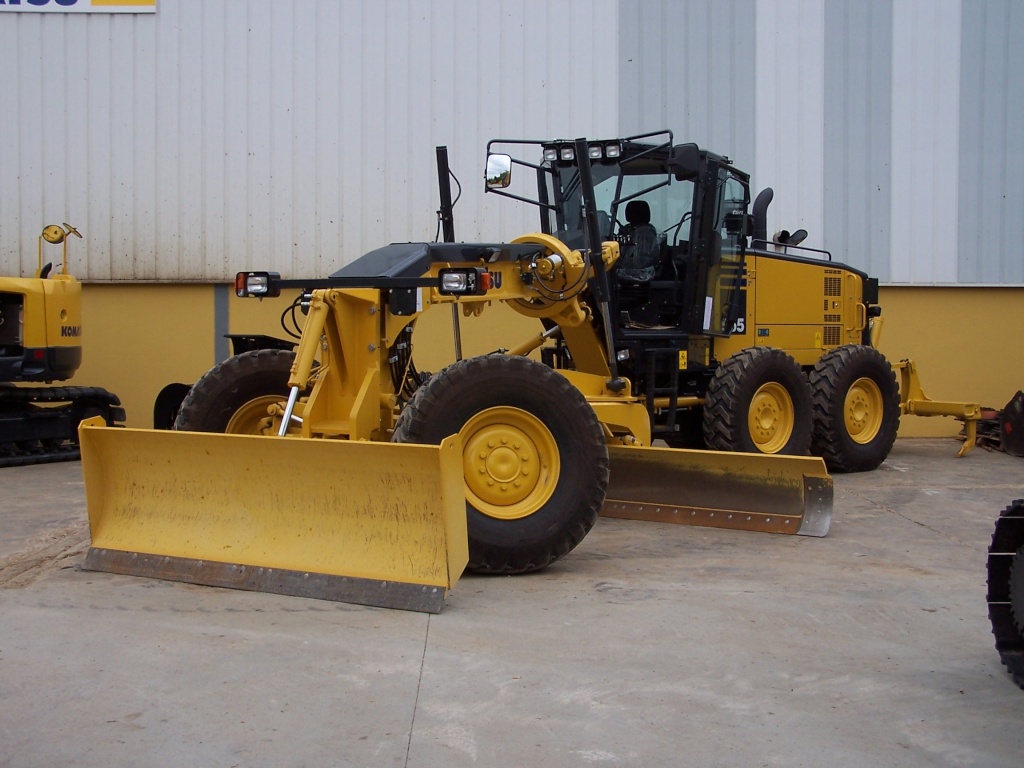 Hi, Thibault21.
Thanks for sharing. I have only ever operated one 'Kummagutsa' grader, a GD825, and I have to confess that, all in all, I LIKED it. It had heaps of grunt and could put it on the ground. The controls were not as 'ergonomic' as the Cat G and H series, mainly due to having slightly bigger blade control levers, but still quite user-friendly, with pretty much exactly the same layout as the Cats. It was roughly equivalent to the Cat 16G/H in size, weight and power but could turn inside a Cat 14G. Last but by no means least, it had the cab mounted on the REAR section and the front articulated under the cab. This meant that you could 'feel' where the back end was going and SEE where the front was going.

Just my 0.02.
You have a wonderful day. Best wishes. Deas Plant.
Top

I didn't even know Komatsu did graders.Seen a few scrapers over here but that's all.
Top

an old KOMATSU grader seen in Dijon few months ago nick lamb wrote:I didn't even know Komatsu did graders.Seen a few scrapers over here but that's all.

Komatsu began building graders in 1952 in Japan, which they began to export to various markets. In 1988 Dresser and Komatsu created a 50-50 joint venture - the 'Komatsu Dresser Company (KDC), which Komatsu took full ownership of in 1994 gaining the Galion range of graders which were integrated into the Komatsu GD series.
Top
Post Reply
5 posts • Page 1 of 1